She looked at me very hard for several long, long moments, and then nodded and lowered the gun, resetting the safety.

“Ok. You’re not a murderer,” she said numbly.

She collapsed in a heap on the sofa and started to cry.

I watched her blankly for a few seconds, the adrenaline still dizzying my senses, before sitting down next to her cautiously, tentatively reaching out to pat her shoulder. When she didn’t bite my fingers off – instead continuing to sob – I bravely put my arms around her, enfolding her in an awkward stranger’s-hug.

“There there,” I said soothingly, massaging her back through the stiff synthetic fabric of her hotel uniform. Her name-badge proclaimed her to be ‘Carmen’.

I fumbled in my pocket for a tissue, loosening my hold of her in order to hand it over.

“Thanks,” she said in a muffled voice, wiping her blotchy, reddened eyes.

“You were his lover?”

“One of them,” she said, her tone resigned. “One was never going to be enough… but the others were like moths; brief, fleeting, drawn to a bright flame, and then gone, crushed into shiny dust… they were always so beautiful, always so young, but so flimsy, so insubstantial… it was me that he held at night. Me that he shared his secrets with… some of them, anyhow…”

“Did he have a lot of secrets?”

“Fuck off,” she countered abruptly, her eyes flaming, pulling herself away from me. “You still haven’t answered my question: who the fuck are you? Who do you work for?”

There seemed little point in lying.

“Gallows, Gallows… isn’t she a pimp?”

“What’s your connection with Briar?”

“When was this?” She demanded urgently. “When did you last see him?”

“He’d invited me back to his room last night, but something came up… so I came over today… I didn’t know he’s had an accident… ”

“I’ve lost my credit card,” I invented. “I thought he might have picked it up by mistake.”

Her fierce countenance was far from convinced.

She was opening her mouth with another question; I decided to change tack and interrupted her with my own.

“What are you doing here?”

“I work here,” she said defensively.

“Is a gun usually a part of the hotel uniform?”

She stared at me angrily, not deigning to answer.

She escorted me to the door to make sure I did.

“It wasn’t an accident,” she said quietly as I opened the door to the plush corridor.

I looked around to check there was no-one around to overhear.

“You think he was murdered?”

“Not yet,” she said, her eyes burning with intensity. “But I will find out. And when I do, I will hunt them down and kill them.”

“If you hear anything, you tell me,” she instructed, handing me a business card. I glanced at it; just a telephone number and a name – Miranda Carmen.

“Is this us being inconspicuous?” I asked uncertainly.

“The best place to hide anything is in plain sight,” Marina imparted, taking my hand and leading me along the river bank. “Everyone knows that.”

She’d told me to meet her where Westminster Bridge met Victoria Embankment. The Houses of Parliament loomed over our shoulders. The pavement was thronging with tourists pausing to take pictures.

I dipped my hand casually into my pocket, then returned it to her, sliding the USB stick which I had palmed from Miranda/Carmen’s pocket during my comforting session into Marina’s greedy fingers.

“She said that he’d been murdered,” I whispered.

“Well, we knew that,” Marina said, keeping her tone neutral.

“Kit, now, what have I told you about asking questions?”

I nodded mutely. She smiled luxuriously as a burst of sun briefly caressed us.

“Marina?” I asked hesitantly. “Are we in trouble?”

She sighed, irritated. I gave her a blast of puppy-dog eyes and her expression softened somewhat.

“Nothing I can’t fix,” she cooed. “Don’t you worry your pretty little head about it. Now, I think that it’s time you headed back south of the river, don’t you?”

She laughed, stroking my face, as was her custom.

“Darling Kit; you are a precious commodity. I’ll be needing your talents again soon, don’t you worry about that. You’ve earned a little break is all. And you might want to keep your head down for a few days…”

“I’m sorry that I fucked up with Briar…”

We’d reached Embankment station. She ushered me towards it, planting a sticky red kiss on my cheek. 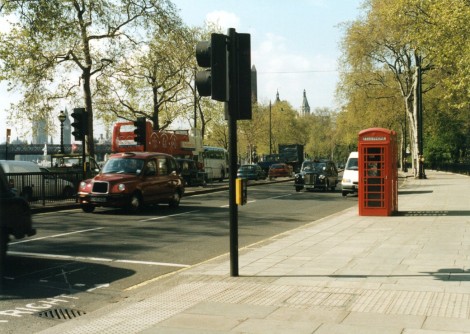 Fragments, work-in-progress and bits and pieces by Luke Bowyer.